What is Quality anyway? Beef 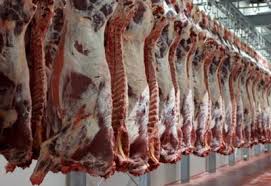 Can Quality actually be concisely defined? Absolutely.  When it comes to creating a menu or specifically a menu item, the ingredients you decide to use are as important as your talent in preparing the dish.
How about beef? What the hell is Angus anyway? Why is the Angus breed considered so much better than the others?
I was lucky to have toured a Lamb slaughter house, a Pig slaughter house and a Beef slaughterhouse.  Did you know that there actually is a “sacrificial Lamb”? It is the pack leader and they paint a big red X on his back and all of the others actually follow him to the slaughter. Anyway, it was truly a learning experience.
In regard to beef, the US Government does much of the “quality” sorting for us. All Beef processors have USDA representatives on site to verify safe and correctly rated beef.  This tour was sponsored by one of the largest beef processors in the US. The reason for the visit was to educate me and the two Regional Chefs that I worked with on why “Angus” could be a solution for our middle to upper end clubs compared to the shrinking availability of Prime beef.
The afternoon before the slaughter tour they took us to the “Feed Lots”. It is hard to envision of this facility was literally measured in square miles. There was a ten story or so silo that produced cornflakes. They told us that they actually made more corn flakes than Kellogg’s. Each pen holding about 100 head is on an extremely measured diet of a mixture of corn flakes and green silage. This is called “growing them out”. As time goes on the increased mixture of corn to silage “sweetens” the meat for US consumption. During our visit the grower asked our chefs… “which ones are “Angus”?  We all had our opinions.  The next morning at 5:00am we were on our way to the slaughter house. We would follow the first animal all the way through the process. The animal came onto the kill floor, they wrapped a chain around one leg then used a pneumatic hammer to put it down. The overhead lifted the chain leaving the animal hanging. The rest was just a bunch of gory details. The next couple of hours we went station to station. Let’s just say that EVERY part of the animal is used for something. At the end of the tour they brought us into an extremely large refrigerated room. It held over 5,000 sides of beef hanging from an overhead conveyor. Every piece went through the USDA inspector station. The operator would slice into the side below the fourth rib. The beef never stopped. The operator had just seconds to decide whether a particular side would be dog food or Prime beef for the finest restaurants. The USDA has a chart that shows the marbling that denotes each grade.
What I learned that day is that “Angus” is a marketing tool not a breed. The USDA has only one grade point for Standard or Commercial, Select or Prime beef. However, Choice has 10 different grade points of marbling. From the USDA standpoint ALL grades are either on or off. They do not distinguish beyond the four grades. It was some processor that realized that if they further separate beef in the lower Choice five-point grades from the upper Choice point grades, they can get more money for the upper. They called it Angus beef. Don’t forget that on the upper end of the scale, Angus can be literally only one point below Prime. Angus now has nick names like white box or upper end choice. One popular steak chain was smart enough to sell an upper end choice top sirloin and get a dang good price for it. Using a lower cut of meat but the upper end grade. Brilliant. Now THAT IS QUALITY. #foodservice #restaurants #hotels #restaurantmanager #restaurantpurchasing #restaurantconsulting #hospitalityindustry

Popular posts from this blog

What is Quality Anyway? Seafood

In my opinion, other than the ware wash chemical business, the fresh seafood business is the most deceptive industry out there. Having fresh seafood on your menu can be the most challenging food product category you have. I was the President of the Food Service division of a large Seafood processor / distributor. I only lasted 18 months. Once I saw the amount of bait and switch, I could not look myself in the mirror. The reality is that the FDA only regulates the seafood industry for safety. Unlike the USDA who not only monitors wholesomeness, it rates beef quality by grade. You know what you are getting. When a seafood operator finds that the market loves “snapper” it just makes names up. Years ago, “Snapper” was actually a species called American Gulf Red Snapper. It was over fished and at one time it was illegal to commercially fish in the Gulf. The closest legal species is called Drum. But the industry now has “Pacific Snapper” which is actually Rock Fish. It eats well but it is …
Read more

What is Quality Anyway - Groceries? 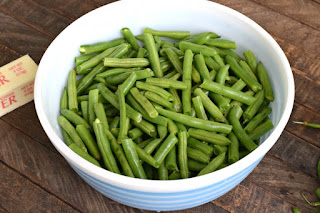 The first premise that you must always keep on mind is that nothing is free. When you see a difference in distributor prices between like items there are only a few possibilities. If you are a “street account*" (no program) the difference in price may be sales person manipulation. However, for program accounts*, that price difference could be pack size, “further processing”, grade or product size.
Like it or not getting the “best price” needs your time and effort. Every product category has its own set of rules. For instance, canned green beans. Most operators think that a #10 can of green beans is a #10 can of green beans. Most distributors have up to four levels of “quality”. Some use a color scale, green, blue, yellow pack etc. Sysco uses Reliant, Classic, Supreme and Imperial. Some operators say that they would never buy Reliant because it must be garbage. Other say that they only buy the best so they buy Supreme or Imperial (if that product is available in Imperial).  Here a…
Read more